Holidaymakers Skip Paying Their Bills In Order To Fund Their Trips

Our latest research has unveiled a worrying trend that some Britons are not paying their bills each month in order to pay for their trips. Whilst we've all looked at the money we have in the bank and wondered what we could do without in order to make our money stretch further, not paying your bills can land you in hot water. 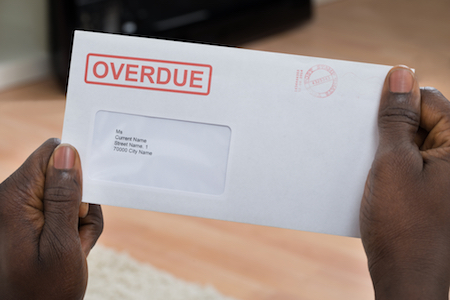 A Third of Britons Put Holidays Before Their Bills

We undertook a survey of 2000 British adults (18+) from around the UK, with all respondents taking part stating that they had been on holiday within the past 12 months and were financially responsible for at least their own share of the holidays they go on. We ran the survey to see how people fund their holidays and determine any possible trends.

The first thing we asked all those taking part in the survey was 'Did you skip any bills or pay them late in order to partly fund your last holiday abroad, or have you ever done this?' to which an alarming 31% admitting that 'yes' they have.

Council Tax Is The Top Bill To Avoid

We then asked these respondents what bills they had skipped or paid late as a result of their holiday, with the top bills being missed revealed as:

Furthermore, as many as 6% of Britons admit that they have paid their rent or mortgage late in order to fund their holidays.

Half of Britons Refuse To Get Into Debt For Their Holidays

When we asked those taking the survey if they'd consider getting into debt to pay for their holidays, 54% stated that no, they wouldn't - although some of those were those not paying their bills, or paying them late, which in effect is getting into debt.

Whilst it's great to see that so many Britons turn to their savings in order to pay for their holidays and their trips away, we wouldn't advise anyone misses a bill payment, or even pays it late. Not only can doing this incur extra charges to you, it also shows up on your credit report and can damage your credit history, making you look unreliable and irresponsible with your money.

If you want or need a holiday but don't have the savings, why not shop around and look for a holiday provider with a low deposit option? That way you can then pay a little upfront and clear the balance bit by bit without leaving yourself out of pocket or having to make cuts in other areas. Using a credit card isn't a bad option either, as long as you make those payments, as you get an added level of protection with credit cards - just bear in mind that you will have interest added on to your card that you'll have to pay, increasing the cost of your holiday in the long run.
Trustpilot
ATOL Protected
£1 Hotel deposits
£30pp Holiday deposits