Here at sunshine, we can now reveal the most commonly used hashtags by holidaymakers when posting images from their vacation on social media channels such as Instagram, Twitter and Facebook. #WishYouWereHere and #YOLO both appear in our top 10 most commonly used holiday hashtag list, along with #holiday, #sun, #tanlines and #beach.

We conducted the study as part of research into the social media usage of Britons whilst on holiday. 2,130 UK adults aged 18 and over took part in the study, each of whom had been on a holiday abroad in the last 12 months. Respondents were asked questions about their social media usage during their break. 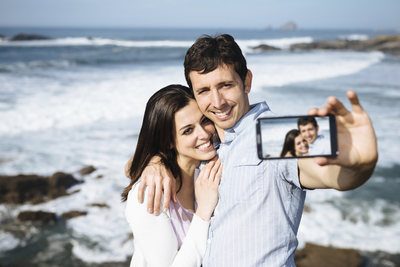 We found that 42% of the people taking part in the poll said that they had updated their social media account(s) on their last holiday abroad; with 72% of these saying that they'd made use of hashtags in one or more of their posts. We asked what hashtags they had used in their posts and they could list as many as were relevant.

We told them to take into account hashtags they had used on Twitter, Facebook and Instagram and analysed the answers to find which were the most commonly used holiday hashtags on social media; revealing the following top ten answers:

We then asked all relevant respondents how many hashtags per holiday status/upload they tended to use; revealing an average answer of '6' hashtags. When asked why they used hashtags on their holiday statuses/uploads, only 12% said it was in an attempt to increase followers. The majority, 51%, said their use of hashtags was predominately to 'make people jealous/envious'.

When we asked how they accessed social media during their holiday, 65% said that it was through their smartphone; whilst 20% used an internet cafe and 16% used a tablet device.

Our MD, Chris Clarkson, said the following: "To see that so many use hashtags with their holiday statuses to make others jealous is really actually quite comical when you see that #WishYouWereHere is one of the most popular holiday hashtags used. Clearly, they don't wish their followers were there with them and they just want to turn them into green eyed monsters.

"I thought most people used hashtags to increase the reach of their photos and gain more followers or likes, but that's really not the case!"
Trustpilot
ATOL Protected
£1 Hotel deposits
£30pp Holiday deposits