Holiday Diet Woes Revealed - How Successful Are Yours?

The holiday diet is usually something that puts fear into even the most fitness-focused people. You've booked a holiday and suddenly you feel as though you have to lose a stone to look good on the beach (not true, by the way). People up and down the country put themselves through weeks of hunger and fad diets in preparation for their holidays, but how many of them get the outcome they desired?

We polled 2,360 people from around the UK, all aged 18 and over and who had each been on a holiday abroad at least once in the last 12 months. Everybody we spoke to had been on a diet before their last holiday abroad. 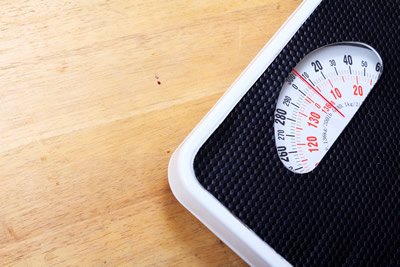 Initially, we asked all respondents 'How far in advance before your holiday did you start dieting?' Almost half of respondents, 47%, told us that they had left their diet until 'one to two months before', with the remaining respondents admitting to us that they started dieting 'three to six months before' (32%) or they 'started the diet just a week or two before the holiday' (21%).

We then asked 'What was your main reason for dieting ahead of your holiday?' with the most common responses being 'to get my ideal summer body' (38%) or 'I didn't want to be judged by others around the pool' (32%).

All respondents were asked to tell us how successful their pre-holiday diets had been. Two fifths of respondents, 41%, told us that their diets had 'failed miserably' and that they hadn't lost any weight at all, whilst a further 36% stated they had 'lost weight, but not as much as desired' and 23% said that they had 'stuck to the diet and hit target goals'.

Those who confided in us that they had 'failed miserably' on their pre-holiday diets were asked why this was the case. When we provided them with a list of possible responses and asked them to select all that applied, the top 5 results were as follows:

2. Too many social events involving food and drinks - 58%

65% try to stick to healthy eating DURING a holiday

Furthermore, two thirds of respondents, 65%, admitted that they had tried to stick to healthy eating whilst on their holiday, of which only 23% were able to success; with those who didn't citing reasons such as 'I wanted to try a bit of all food and drink on offer' (43%) and 'the holiday was all inclusive, so it was hard not to take advantage' (40%). Hey, it's not easy to eat healthily on holiday! All inclusive buffets offer so much temptation.

We all say that when we go on holiday we want to look our absolute best, whether it's for photos, for those around us, or merely for our own self-confidence, but the honest answer is that most of us just don't end up getting around to it; whether we're just too busy, or because we're actually far less concerned with what people think about our bodies than we initially thought.

When you are on holiday, we'd always advise that you make the most of it, but don't overdo it or overindulge excessively. For example, don't worry too much about what you're eating because you don't want to gain weight - eat new foods and try new things. Similarly, don't overdo it and eat non-stop just because you're on an all-inclusive holiday and you can - you'll only end up miserable when the holiday blues kick in and you realise how much weight you've gained!
4.8 Rating 13316 Reviews
96%
reviews recommend Sunshine.co.uk
Customer satisfaction
ATOL Protected
£1 Hotel deposits
£30pp Holiday deposits