Happiest Point of Holiday Abroad is at 7:30pm on Day 3

Here at sunshine.co.uk, we have discovered that there is a point in a holiday when Britons feel at their happiest, according to the results of our latest poll. The study revealed that day three at 7:30pm of the holiday abroad is when Britons are happiest, as they've had time to unwind from work and still have days away left to enjoy.

We decided to conduct the poll as part of our current research into the holiday experiences of Brits, in order to keep track of people's preferences and habits when it comes to taking trips abroad. 1,775 people, all of whom were aged 18 and over from around the UK, took part in the poll to answer questions about their last holiday. Everyone involved had been on holiday abroad, lasting at least 7 days in the last 12 months. 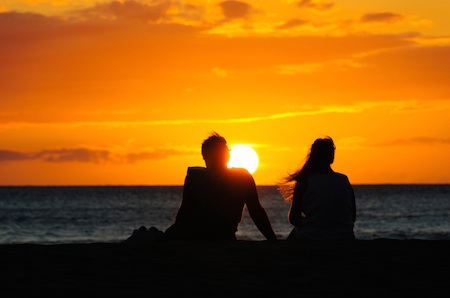 When asked, 'If you could pinpoint the moment when you felt happiest on your last holiday abroad, to the nearest day and time, when would that be?' the average answer was three days into the break at 7:30pm.

We asked our respondents to explain why they felt happiest at that moment, which revealed the top five most common reasons:

5. Still had lots of spending money left at this point - 9%

67% of the people said that they were 'extremely sad' on the day that they had to return home from their holiday, with 5% of these even claiming to have become upset to the point of crying (we understand it can be an emotional time!).

46% of the respondents claimed that their last holiday abroad had a positive effect on them once they had returned home. When we asked them to explain this further, 37% said they 'decided to work less/not stress as much' and 26% said they 'decided to get finances in order' following a holiday. 13% said that the holiday had a positive effect on their relationship with their other half once they had returned home.

"There's a magical moment on all holidays when you can sit back, finally forget about work and look forward to the rest of the days you have left before returning home. It really is a great feeling.

"The first couple of days on holiday can be taken up with office-related worries, recovering from travelling or concerns over whether or not your neighbour will remember to feed Gary the goldfish whilst you're gone. Once you've had time to settle into your holiday and let go a little, it's a chance to really enjoy your break!"
4.8 Rating 13316 Reviews
96%
reviews recommend Sunshine.co.uk
Customer satisfaction
ATOL Protected
£1 Hotel deposits
£30pp Holiday deposits