Sometimes, to be able to go on holiday, we have to rely on credit cards, overdrafts or loans and borrowing money becomes the norm. However, our latest research has revealed a great bit of news to start 2015 off with!

Fewer of us went into debt to go on holiday in 2014 than we did in 2013. We polled 2,177 people aged 18 and over, each of whom had been on a week-long holiday abroad in 2013 and then again in 2104. We spoke to them about their payment methods for these trips, to uncover any trends that might have been floating around. 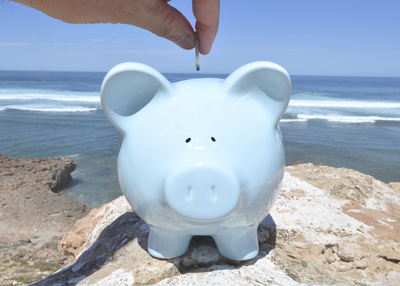 63% of 2013 holidays were paid for with borrowed funds

When we asked if their 2013 holiday had been paid for with borrowed money, such as with the use of a loan, credit card or money from an overdraft, 63% of the people taking part said 'yes'. We asked the people taking part to exclude circumstances in which they had chosen to pay for the holiday with borrowed funds despite having disposable money available to pay for it, for example due to wanting to boost credit ratings or for security reasons.

When we asked the same question, but this time in relation to their 2014 holiday, only 32% of the respondents told us that they paid for their holiday with borrowed funds. This is fantastic news! Those people who funded a holiday with debt in 2013 but not in 2014 were asked to tell us about any change in circumstances they had experiences. 56% told us that they had become 'better at saving', while 39% explained their 'income had increased'.

When we asked how much spending money (in GBP equivalent) they'd taken on their 2013 holiday, per person per day, the average answer given to us was &pound45.00. However, when the people were asked the same question in relation to their 2014 holiday, this amount had increased to an average of &pound66.00.

All respondents were asked if they had planned a holiday for 2015 yet, to which 37% of those taking part said 'yes'. 61% of these people said they had just put a deposit down at the time of our poll, whilst 19% of them said they had already paid for the holiday in full. Now that's what we call organised!

The remaining 20% said they were still 'just in the planning phase' of their holiday and hadn't paid anything towards it yet. Those who had paid in full were asked how they had done so, to which 71% said 'with savings'.

These statistics are really encouraging and are surely a sign of the improving economy. Often, there are benefits that come with paying for a holiday with a credit card, as it offers the customer more protection if they find they've booked with a fraudulent company or an airline goes bust. However, it's always best to have the money set aside for a holiday before booking, so that you don't get that guilty feeling during your trip, knowing you have to pay for the trip for a while after you return home.
Trustpilot
ATOL Protected
£1 Hotel deposits
£30pp Holiday deposits