It seems that the new Fifty Shades film reaching cinemas hasn't just inspired people to be more adventurous in the, um, boudoir, but it's also given people the idea to broaden their travel horizons. We kept an eye on searches on-site from the time that the film was release on February 10th, as we often do with movie releases, to see if people were looking for holidays in locations linked to the film.

Between Friday 10th February, when Fifty Shades Darker was released in cinemas across the UK, and Monday 20th February, we witnessed 8,912 individual searches for the term 'Seattle' on-site, which is where the book and film is set. This was a 3,436% increase on searches for Seattle made in the same time-frame in January (251 searches). 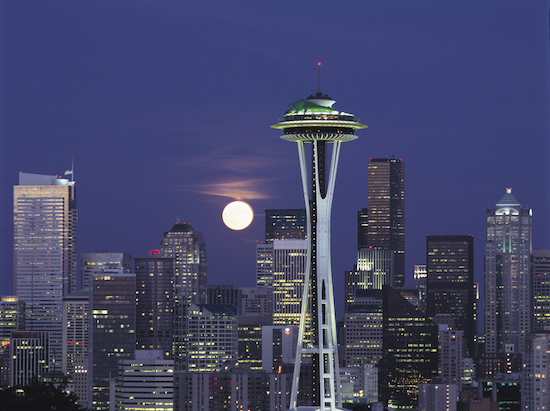 Although set in Seattle, much of the filming actually took place in and around Vancouver. We have an inkling that some of the film's fans must have become aware of this, because we also witnessed 1,672 searches over the 10 day period (a 3,115% increase on the 52 searches made from 10th-20th January 2017).

Aspen, which is also briefly mentioned in the film in a charity auction scene, was searched for 516 times on our site in the same time period, which over the same dates in January had zero searches; suggesting a direct spike in interest from the film's release.

When new films or TV series get released, we like to see if the places they are set or filmed in caused more interest in the destinations as a holiday location. With Fifty Shades Darker, the spike in interest in places like Seattle, Vancouver and even Aspen has undeniably been down to the movie release; there's simply no other explanation for it.

We currently don't offer holidays to these particular places, but that doesn't stop people searching on-site! The good news is that we do offer trips to some fantastic destinations in the United States, so if exploring is on your agenda then fear not! It's great that people get so inspired by films and TV that they want to visit the places depicted on-screen; anything that encourages people to see more of the world is ultimately a good thing.
4.8 Rating 13316 Reviews
96%
reviews recommend Sunshine.co.uk
Customer satisfaction
ATOL Protected
£1 Hotel deposits
£30pp Holiday deposits