Don't Put Yourself at Risk of Theft on Holiday

It's not always easy to keep your personal belongings safe on holiday. If you want a quick dip in the pool or a brief swim in the sea, someone always has to wait with the beach bag to keep an eye on your valuables.

We wanted to find out how many people had experienced theft on holiday, so we polled 2,144 people aged 18 and over from around the UK. As usual, everyone we spoke to had been abroad on holiday in the last 12 months. 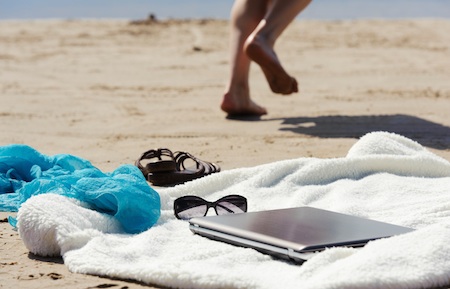 When we asked 'Have you ever become a victim of theft whilst on a holiday abroad?' two fifths of the people taking part said 'yes'. We then asked what item(s) they'd had stolen whilst on holiday abroad and told them to select more than one answer from the list if they'd had multiple personal belongings taken.

According to our poll, the top ten items most likely to be stolen from Britons whilst on holiday abroad are as follows:

When we asked if they had reported the theft to the authorities or any nearby staff whilst on their holiday, 61% said 'no'. When we asked them to explain why, 77% said that they didn't report the incident because they thought it was their own fault for 'leaving items unattended or at risk'.

Our poll also revealed the top places in which holiday theft is most likely to occur. The most common answer was 'the beach' (31%), followed by 'poolside' (26%), with less than one in five stating that their items were taken from their 'hotel room' (19%).

Anyone heading overseas should take out a level of travel insurance that covers them for at least some of the valuables they are travelling with. To keep your belongings safe, just use common sense and don't leave anything unattended. If there's a safe in your hotel room, be sure to make use of it; even if there is a small charge for doing so. It's likely to be much less than the financial, not to mention emotional, cost of replacing missing belongings in the worst case scenario.

People who head off for a swim in the sea whilst leaving their valuables hidden under their beach towel can't expect to find these items where they left them. All it takes is one opportunist thief to pinch something while you're distracted, enjoying your holiday. Tourist areas are well known to these thieves and the practice is often more common than holidaymakers expect. Be alert and never take too much spending money out with you at any one time!
4.8 Rating 13316 Reviews
96%
reviews recommend Sunshine.co.uk
Customer satisfaction
ATOL Protected
£1 Hotel deposits
£30pp Holiday deposits