Bumping Into Celebrities on Holiday is More Common Than You Think!

Celebrities need their holidays too and they get plenty more of them than we do, so it's probable that you could bump into one or two members of the rich and famous on your own trip abroad. Have you ever spotted a celebrity across the bar whilst sipping cocktails at a beach resort?

We polled 1,929 people aged 18 and over from around the UK, each of whom had been on a holiday abroad in the last 12 months. We asked them questions about their holiday and about any celebrities they may have spotted on their trips. 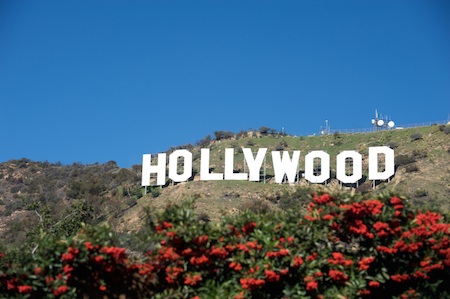 Two fifths of Britons have spotted a celebrity abroad

Initially, we asked everyone if they had ever seen a celebrity whilst on holiday abroad, to which two fifths of those taking part, 39%, said 'yes'. We then wanted to know what the celebrity they spotted was best known for, to determine what kind of famous people Britons were most likely to catch a glimpse of while on holiday. If they'd been lucky enough to see more than one celebrity when on a holiday, they could give more than one answer.

According to our results, the top five celebrity types most likely to be spotted on holidays abroad are as follows:

When we asked what country they had visited when they had seen a celebrity on holiday, the most common answer was 'America' (27%), followed by 'France' (24%) and 'Spain' (16%). Many Hollywood stars and artists call America home and it's a very desirable holiday destination, so it's easy to see why so many stars would be spotted across the pond.

We then asked everyone if they had ever booked a holiday to a destination after hearing that a celebrity had spent time there, to which 13% told us that this had been a deciding factor when choosing a holiday destination.

You're probably more likely to spot a celebrity in more upmarket destinations and luxury resorts, but also if they're filming in certain locations or away on business. Keep your eyes peeled and, you never know, you may get a signature or two!
4.8 Rating 13316 Reviews
96%
reviews recommend Sunshine.co.uk
Customer satisfaction
ATOL Protected
£1 Hotel deposits
£30pp Holiday deposits