According to our latest research, you may want to double and then triple check your hand luggage before passing through security and boarding the plane next time you fly. We've found that a fair few people have accidentally taken items on-board a plane that they aren't allowed to have, somehow getting through security without a glitch.

We polled 2,177 people aged 18 and over for our latest piece of research, all of whom had been on a flight within the last 12 months. The results of this one may worry you somewhat, but perhaps you're even guilty of having committed a flight faux-pas in the past. 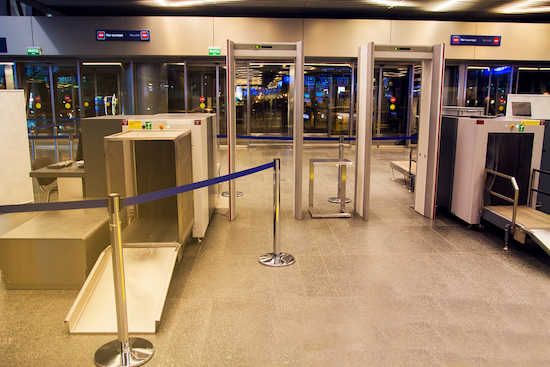 21% Have Accidentally Taken a Prohibited/Restricted Item on a Plane

The first question that we put to respondents was 'Have you ever accidentally taken something on-board a flight that was classed as a restricted/prohibited item?' to which one fifth of those taking part, 21%, said 'yes'. These people were then asked what these items that they'd inadvertently smuggled through security had been.

The most common answers stated by these respondents were:

4. Multiple cigarette lighters in bag, not on person (9%)

Other items respondents said they'd taken on-board a flight that they shouldn't have included party poppers, toy guns and large scissors. With kids and hen/stag parties frequenting planes, we can see why the party poppers and toy guns may have made their way onto a flight, but large scissors?

Three respondents had taken a Samsung Galaxy Note 7 on board a flight, only to later realise they weren't allowed to have it on there due to the safety issues surrounding the device. 91% of the people who said they'd accidentally taken illegal drugs on board a plane said it was a 'small amount for personal use' they'd forgotten they had with them.

Half of Passengers Feel 'Nervous' Going Through Airport Security

All respondents were asked if they'd ever been stopped by airport security regarding items that they'd need to remove from their hand luggage or persons before proceeding into the departure lounge, to which 48% said 'yes'. 87% of these people said it was due to liquids they'd had on them that were in containers over 100ml.

52% of the respondents told us that going through airport security made them feel 'nervous', even when they had nothing to be worried about. When we asked why, 66% of these people said they feared 'false accusations' and 17% said the staff were 'intimidating'.

If you're in a rush with your packing, it can be easy to forget that you have something in your bag that you aren't allowed to take through onto a flight, such as bottles of drink or toiletries and such like.

We were surprised to see just how many people had unintentionally taken something onto a plane that they shouldn't have though; security areas are very busy at airports and even though it's perhaps only the odd thing that gets missed, it's still worrying.
Trustpilot
ATOL Protected
£1 Hotel deposits
£30pp Holiday deposits