British Stags and Hens Are Migrating to Sunnier Climes

When was the last time you went along to a hen or stag do? Was it abroad or here in the UK? We wanted to find out more about the trend of hen and stag do attendees hopping on a plane to celebrate their impending nuptials (or their friends') overseas, after we had an increase in the number of hen and stag do enquires.

We polled 1,196 people aged 18 and over from around the UK who had all been on a hen or stag do in the last six months (either their own or someone else's). 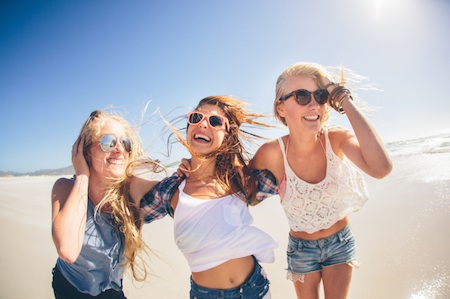 When we asked the question, 'Was the last stag/hen do you went to abroad or in the UK?' more than half of the respondents, 51%, said it was abroad. Our results showed that stag dos are more likely to be spent overseas than hen dos; with men equating to 77% of the total respondents who said they'd spent a pre-marital celebration abroad in the last six months.

Men taking part in our poll who said that the stag do they had attended in the last six months was abroad were asked where, specifically, they had been. The top five results were revealed as the following destinations:

The women taking part were asked the same question, which revealed the top five most popular overseas hen do destinations to be as follows:

We wanted to find out how expensive these overseas hen and stag dos were, so we went ahead and asked some more questions. We found that the average total spend for a stag do attendee heading overseas was revealed to be &pound512.00 compared to &pound320.00 for the hens that went abroad for the celebrations. The average stag do abroad lasts 3 nights, compared to 2 nights for hen dos outside of the UK, according to our poll.

It seems that many people are growing tired of the lacklustre seaside resorts that the UK has to offer and those embarking on a hen or stag do want to spend it in sunnier climes or somewhere offering a bit more of an adventure.

Who can really blame them? Every hen and stag wants a memorable experience and it seems as though this is the main influencing factor for them heading abroad. The only problem is, it can be a very pricey experience so it's always best to shop around for a bargain.
Trustpilot
ATOL Protected
£1 Hotel deposits
£30pp Holiday deposits