Our latest research has revealed that winter holidays may be just as tempting for some of us as summer holidays abroad. After all, the weather is rubbish in winter here (OK, it's more often than not rubbish in summer too) and there are some good offers to be had in the later months of the year.

We polled 2,165 people aged 18 and over from around the UK and asked them questions about holidays they had been on in 2014 or had booked but were yet to go on. 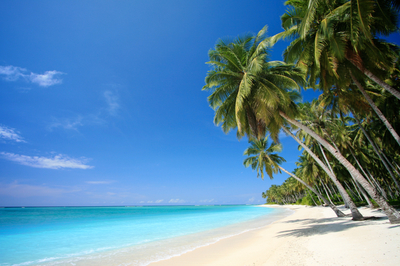 Winter holidays catching up with summer breaks in popularity stakes

When we asked if they had been on a summer holiday abroad in 2014 (in June, July or August), 62% of the people polled told us that they had. All respondents were then asked if they had a sun holiday planned abroad that would be taken in the winter months of December, January or February. 57% of the total respondents said that they did. Something to look forward to!

When we asked if they preferred going away in the summer or the winter, 51% of those taking part said 'winter'. When asked to explain why this was the case, 65% of the relevant respondents said they preferred winter holidays because it 'makes more sense to go away when the UK weather is bad', whilst 23% said that there were 'cheaper deals available in winter'. Just like we said!

It is certainly true that winter holidays abroad are often cheaper than breaks taken during the summer and it's easy to see why they are sometimes more appealing. It's always annoying when you get back from a summer break to find that it was the one week when the UK weather was absolutely glorious and even hotter than your holiday destination.

Winter breaks have a lot to offer and there are plenty of destinations where the sun will still be shining. The Canary Islands, Egypt, Turkey and Morocco are your safest bets!
Trustpilot
ATOL Protected
£1 Hotel deposits
£30pp Holiday deposits