When looking for a potential partner, there are certain things that people look for; such as that instant spark, things in common and someone who can make them laugh. However, our latest research has revealed the list of priorities that female millennials have when it comes to finding a male match.

We spoke to 2,176 heterosexual, single women aged 18-34 in the UK and asked them questions about what they'd want most in a potential male partner (selecting as many traits as they'd like). According to our results, the top 10 most desired traits in men by female millennials were revealed to be as follows: 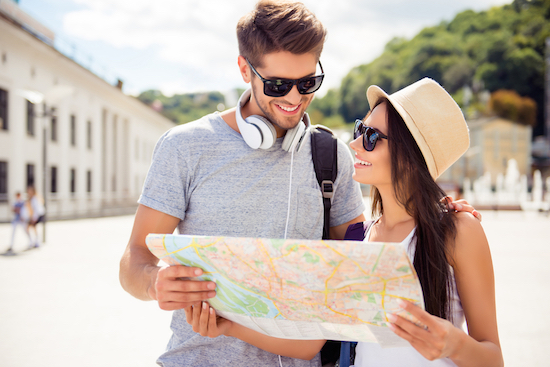 All respondents were asked, 'When in a relationship, how many holidays per year do you like to go on with your partner?' the average answer once all were analysed was revealed to be 'two'.

We think this list of top 10 traits that female millennials look for in potential partners says a lot about where they are in their lives; with many prioritising travelling over starting a family. That makes a lot of sense, as it's good to get travelling out of your system before settling down with little ones, who could restrict where you go for a little while.

Travelling also seems to break a fair few relationships up, with some ending things to jet off around the world as a free spirit. However, some confessed to finding love on their travels too, so everyone's story is clearly different! Whatever the case, travel in relationships is important, as it helps couples to escape their everyday routines and just be together.
Trustpilot
ATOL Protected
£1 Hotel deposits
£30pp Holiday deposits